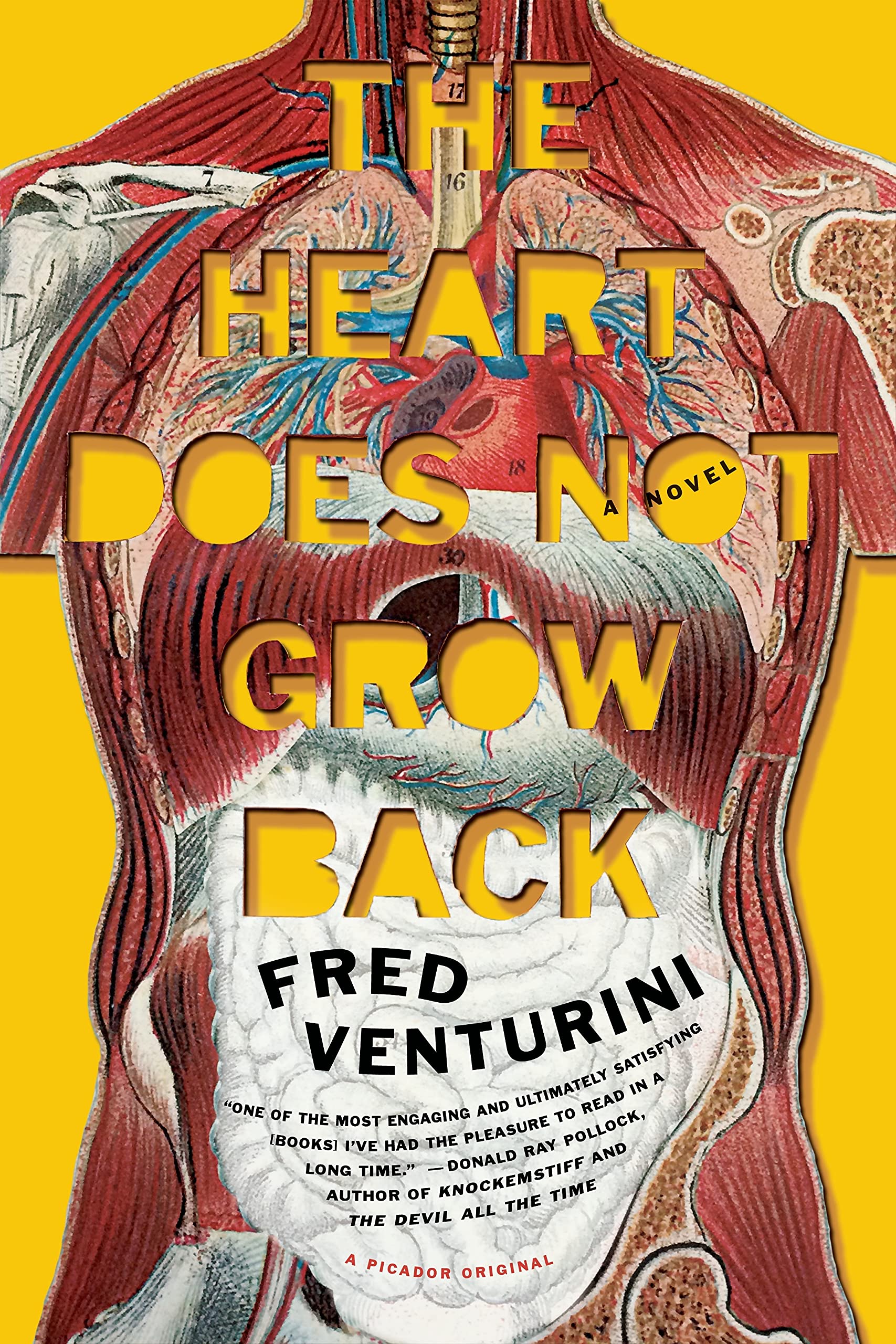 "“What starts out as a tender and hilarious coming-of-age novel turns into something quite different....The writing is joyous, but the dark side of life...gives depth to the comedy. Dale's voice is refreshing, his strange power of regeneration and the aftermath of fame and fortune expertly rendered. The Heart Does Not Grow Back is an exciting, thoroughly enjoyable ride, hitting the perfect spot of strange and bittersweet.”

"Fred Venturini's The Heart Does Not Grow Back is a marvel. Simply stated, it is like nothing I've ever read before. That's a rarity, something to be treasured whenever you have the good fortune to encounter it. So thank you, Mr. Venturini.”

Nick Cutter
/ Author of THE TROOP

"A brilliant mix of genres that is at once both tFred Venturini is an awesomely talented writer, and he proves it on every page....This novel about a shy, emotionally damaged loser with a bizarre but coveted ability to regenerate his vital parts is one of the most engaging and ultimately satisfying that I've had the pleasure to read in a long time.”

Donald Ray Pollock
/ Author of THE DEVIL ALL THE TIME

I spent a lot of time healing from various injuries when I was younger, the longest of which was a burn recovery.

Healing hurts. I always said it wasn't being on fire that hurt, it was the recovery, the healing.

So when "superpowered healing" became a thing with superhero movies becoming popular, it was simply an excuse to make people invulnerable so there could be shitty big-budget CGI superfights.

When I was doing my MFA at Lindenwood, I wondered what would happen if someone really had a healing superpower, but the regeneration happened at the same pace as everyone else. I wrote a story, "Love in Standard Definition," and the discussion in class gave me a lot of notes for a novel.

What would a 2010-era teenager do with such a power? Try to get famous. Hence, Dale Sampson starts giving away his organs and limbs on a reality show called "The Samaritan."

The first version of this book is near and dear to my heart. Rough, transgressive, visceral. Blank Slate Press, an indie press from St. Louis, committed to publish it before I was even done.

They published it as THE SAMARITAN in 2011, and it showed up in the USA Today as one of the best indie novels of the year. Blurbs from authors such as Donald Ray Pollock and Stephen Graham Jones went a long way to putting it on the map.

That's when the agents started calling, and my man Kirby Kim at WME (at the time) brought it to a bigger audience with the ending I wish I would have done originally. THE HEART DOES NOT GROW BACK is a more mature story from a more experienced author who had been breaking the story with Hollywood screenwriter types for a couple of years before revisiting the novel.

The publication coincided with Chuck Palahniuk's 2014 tour for BEAUTIFUL YOU, and I was overjoyed to share the stage with him in New York City and Portland. Still a couple of the best weekends of my life, and Chuck has had a huge impact on my writing over the years and I was a fan long before I was anything close to someone worthy to share a stage with him. And you know what? I still don't feel all that worthy to share the stage with a cultural icon like him. Maybe one day.

While folks can still find the rare out-of-print versions of THE SAMARITAN, this novel, THE HEART DOES NOT GROW BACK, is my definitive take on this story and my official "first" novel, and I still insist I was doing superdark and gritty superhero stuff before it was cool. 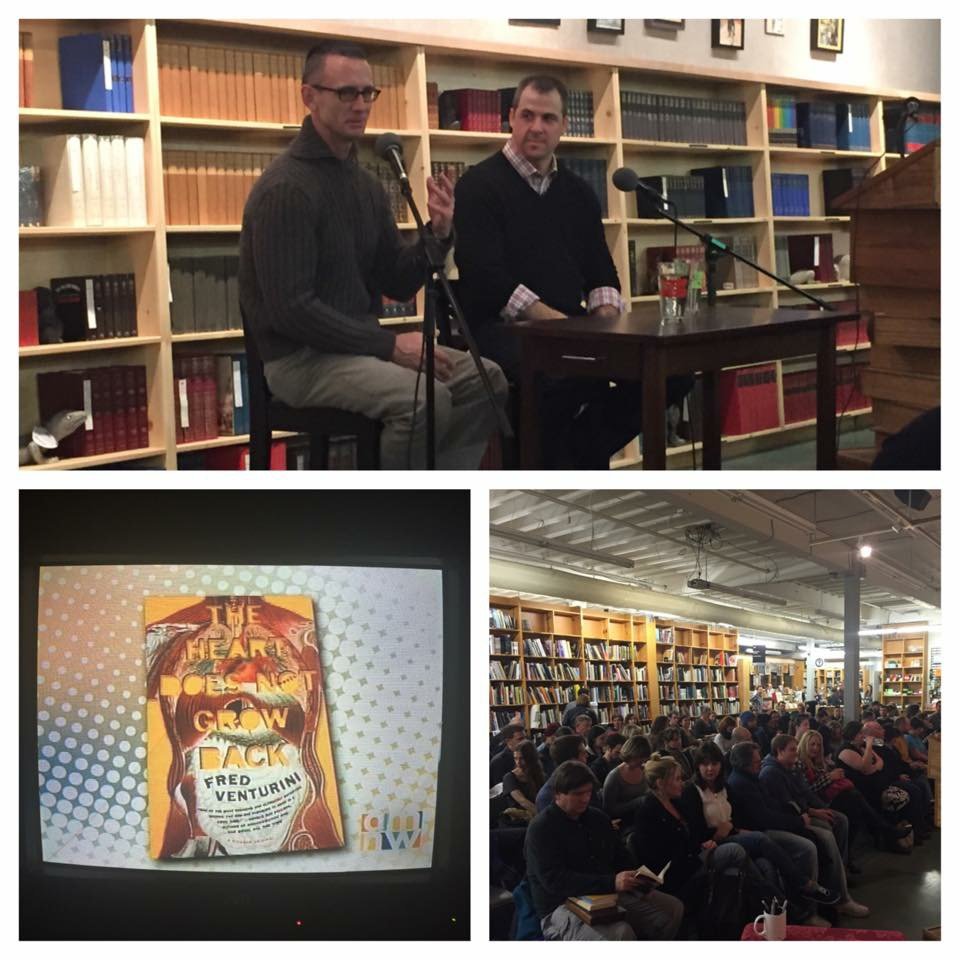 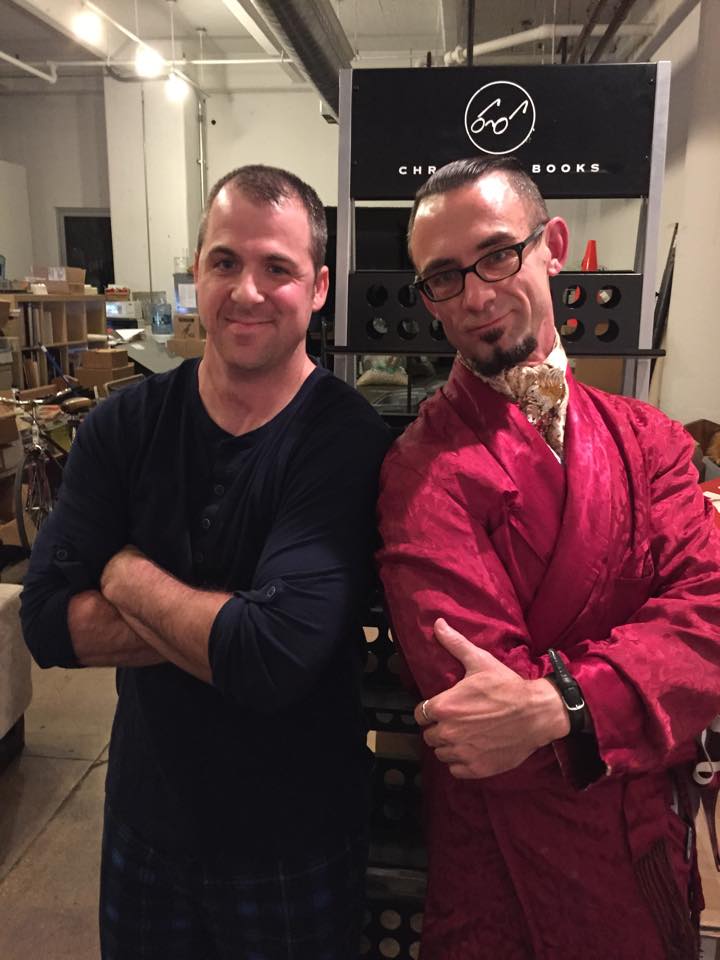