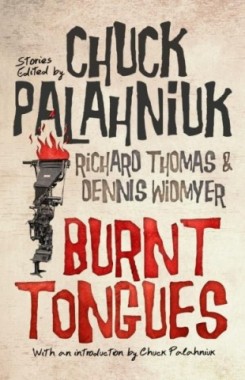 When I was ten years old, a thirteen year old kid from down the street was huffing gas in my barn. I went inside to confront him, and he set me on fire.

The details are painful, but I neglect to call them tragic for reasons I may detail in a future post, but for now, I want to tackle the idiom “The truth is stranger than fiction.” Because a lot of the time, I’ll agree that it’s stranger, but it’s not necessarily a great story. And even though it’s somewhat shocking and interesting that I was set on fire under those circumstances (judging from the occasional gasp I get when I tell people), that isn’t necessarily a great story.

Why? Because there’s no narrative tension. It’s straightforward. He lit me on fire, he was a bad kid with a track record of doing horrible things around the neighborhood, I went the hospital and recovered. The end.

As I took up the craft of writing more seriously, my burn story was something of an elephant in the room. “You should write a memoir,” they’d say. “When you going to put that in one of your stories?” they’d say.

I knew my experience was something valuable in the writing world. Your job as an author is often to connect an audience with an experience, to show them something they’ve never seen, to make them feel something they’ve never felt before. That’s why one of the best things you can do as an author is live one hell of a life. Go out and do things, try things, taste things. Fuck up a lot, succeed as much as possible, take risks, give everything. You’re building up capital that you can one day unleash on an unsuspecting reader.

My secret weapon in fiction has long been pain. Burns aside, I have about eleven scars from eleven separate incidents, but the physical punishment isn’t nearly as severe as the other types of pain I got familiar with. For example, one of my lasting memories from getting burned is the look on my mother’s face the first time she saw me after the injury.

But pain is a release—it is not tension, and stories are built out of tension. “One day,” I thought. “One day I’ll find the right way to separate myself from the burns, to find the fiction, find the tension. Then I’ll write about them.”

I was looking forward to meeting Chuck Palahniuk for the first time. It was 2008, and I got an email from one of my MFA classmates—Chuck was on his Snuff tour, and he was coming to St. Louis. I immediately preordered a copy of the book so I’d have the guarantee of meeting him and having him sign it.

The day of the signing, I got horribly sick. I remember the fever more than anything, the paralyzing intensity of the chills. But I wasn’t missing the event. I got jacked up on Dayquil, hammered some Gatorade, and stood in the horrendously long, seemingly infinite line to get my book in front of him.

He took his time with every fan. Even though I was near the back of the line, once I got to him, his smile was fresh, as if he were greeting his first fan of the day. We had some light conversation. I told him I wanted to be an author, that I was working on my MFA. He was a pro, scribbling in the book as he talked. The inscription he was putting in Snuff for male readers was “Good luck with your money shot.” Mine had “money shot” crossed out, and “MFA” inserted above it.

I was elated, inspired, and didn’t feel sick anymore. In fact, I drummed up a quick conversation with the other author at the event, a guy who just read an amazing story called “Bactine” from his debut collection, Knockemstiff, Donald Ray Pollock. The night was a resounding success—until I got home.

The fever took off like a rocket. I woke up and took my own temperature, not wanting to wake up my wife, and it was registered at 103.5. It was two in the morning. I went to the medicine cabinet and reached in for some fever reducer . . . and stopped.

I went into my office with a blanket and my raging fever and my signed copy of Snuff propped up on the corner of my desk. I stared at a blank page, and even though I didn’t find the tension yet, I just started writing. I was finally in a condition just hazy enough to tackle some of my old scars on the written page.

Stephen King says sometimes creating a story is like dusting off an artifact, something that was there all along. I had long searched for that dose of tension to bring to my burn experiences and make it a story, but it turns out, it just showed up about an hour into the session.

In my real-life story, the bad kid who burned me that day was the bad guy. What if I reversed it? What if the kid who got burned was the bad guy instead?

I kept writing. I finally found the tension, the story. I switched the roles. My narrator was a liar, someone afraid of the darkness that lurked inside of him. The other kid was as dark as they come, but he embraced it, he was more true to it. The tension came from one trying to hide his darkness and the other coming to terms with it and the secret they both shared. The one line I’ll always remember is the narrator realizing that the animal torturing, serial-killer-to-be could blame him for everything he was, and he couldn’t tell him any different.

The boy who burned me all those years ago died a couple of years ago from an alleged drug overdose. My story, “Gasoline,” was selected for Burnt Tongues, a collection of stories hand-picked by Chuck Palahniuk himself, and my debut novel, The Heart Does Not Grow Back, prominently features a blurb by the great Donald Ray Pollock.

The truth is indeed stranger than fiction.