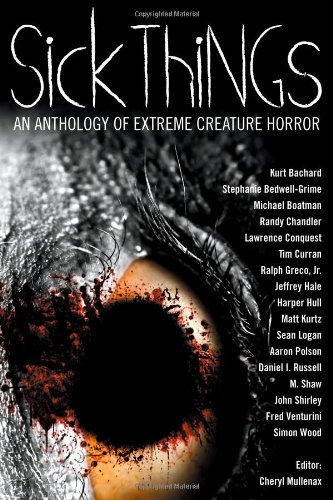 When I was a kid, I was into horror movies and such.  I remember going to the IGA grocery store in Vandalia, Illinois, and begging my mother to buy me the issue of “Fangoria” that I would browse while she was shopping.  I thought it was insanely cool that I could read about my favorite horror movie characters while she was buying milk and bread.

So for the most part, I’m delighted to have the words “Fred Venturini” in an actual Fangoria book review. The review, which is sadly no longer posted online, is a learning moment. The reviewer pretty much shoots down my story for using too many similes (while using a simile, a neat trick).  Which is a great excuse to talk a little bit about two things that writers love to talk about–similes and having a thick skin.

Similes, for those keeping score at home, are figures of speech that use two unlike things, and connect them with “like” or “than.”  You will see them in much of the fiction you encounter, as a general rule.

So, with definition out of the way . . . similes are a true risk / reward tool in a writer’s toolbox.  They are like bullets in a a zombie war–use them when you absolutely need them.  Don’t overdo it or you’ll be left out of ammo with your brain getting eaten by the undead.

But similes can be so, so excellent.  Chances are, some of the most memorable lines that you have encountered while reading have an amazing simile.

Take this line from Cormac McCarthy as an example:”Even in this world more things exist without our knowledge than with it and the order in creation which you see is that which you have put there, like a string in a maze, so that you shall not lose your way.

The line is great even without the simile, but it creates an immediate connection on visual and emotional level.  It makes the image complex.  For the most part, similes can rub two images against each other, or in concert, to create a lasting connection for the reader.  It can add richness.  It can surprise.

Or, it can completely destroy what you are trying to accomplish.  It can distract.  It can be cliche.  It can happen too many times, creating too many “likes” in the text, and soon, the reader will see the gears of fiction at work, and the spell will be broken.  Take this entry from the “Top 10 Bad Similes in Suspense Novels” which does not attribute the author, but serves my point: “Unable to contain his rage, he burst like a pimple of emotion, the puss of his fury streaking the mirror of calm in the bathroom of his life.”

Does my story, “Threshold,” use too many similes?  Well I dare you to (SHAMELESS PLUG ALERT) head over to Amazon or your local bookstore to buy a copy of “Sick Things” and read for yourself.  I can avoid the situation altogether since the story is in first person.  I can simply say that the character I’m narrating the story as uses lots of similes to describe actions he is witnessing.  But that would be a copout.  I’ve got to own the negative reviews as much as the positive ones, correct?

Which is why I will also mention that writers, above all else, must have a thick skin.  Baseball players are said to be mentally tough because they compete in a sport where failure is the rule, not the exception.  If they succeed 3 out of 10 times, they are considered good hitters.  In writing, if you’re hitting .300 or better on your story submissions or your queries or your novels, I can almost guarantee that you’re a “name” author who started out hitting well under .100 and have worked a long time to bring that lifetime average up.

Writers have collections of rejection slips.  Their best stories are often rejected time and time again, with cold and impersonal form letters.  The novels they work on can linger for years before seeing the light of day.  This is truly a craft where you don’t come for the fame and fortune and stay for the continental breakfast–you’re in it because you enjoy writing and finding acceptance is gravy.

Any writers who are reading this are nodding, and know that there is usually nothing new to add to this subject.  If you don’t have a thick skin, you’re either going to acquire one, or you’re going to quit.  It’s that simple.  So if you want to be a writer, get tough, and take the stance of American Idol rejects.  Yes, I said it.  Watch American Idol.  The bad singers who are punished and humiliated by the judges never seem to quit, do they?  They have a dream.  They will chase it, no matter what anyone says.  A qualified panel of experts has just told them to quit singing.

They won’t.  What do they do instead?  They look at the camera and say, “I’ll show them.”

The story Threshold was originally drafted in 2001.  It was short and had a terrible title.  I rewrote it a few years later.  It lingered.  I rewrote it again, and gave it to my writer’s group.  They hated the title.  I changed more things.  It was accepted to an anthology that never happened.  I pulled the story after a year plus of waiting.  I shopped it again.  Rejected.  I sent it again.  I got a letter, a contract, a check, and a spot in “Sick Things.”

And now there is a Fangoria reviewer who is telling the world I used too many similes.  And he may be right. But that story has been written, and I’m moving on, and I’m still writing, and you know what?